Unlimited use in Europe

You will need this subscription to have the centimetric position of your GNSS receiver in real time, in the field, without having to install your own base station. Subscribe to our annual contract for access to full GNSS RTK corrections. You will then have a login and password to enter in the NTRIP connection parameters of your GNSS equipment. This service works with all RTK receivers on the market.

A connection anywhere in Europe

Our subscription includes a multi-operator Europe SIM card to be inserted in your GNSS receiver. This will allow you to connect your receiver to the Internet and continuously retrieve RTK corrections wherever you are. 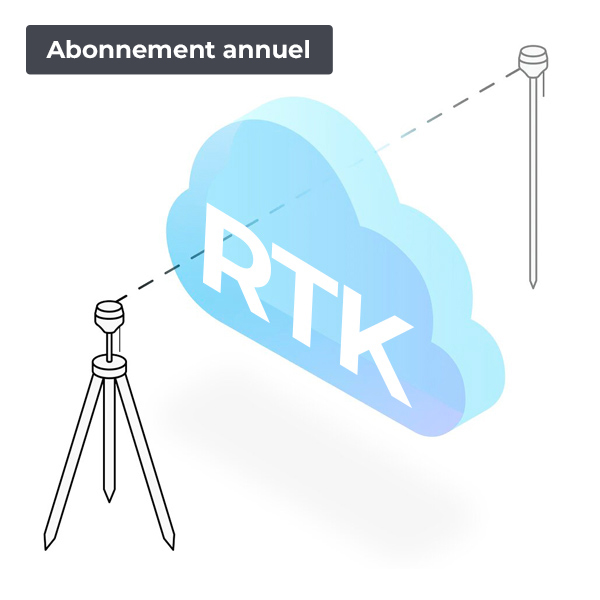 The annual unlimited subscription is well suited when you regularly use centimetric positioning. But what if you only need it a few times a year? We offer you two ways to reduce your costs: the daily subscription and the weekly subscription. 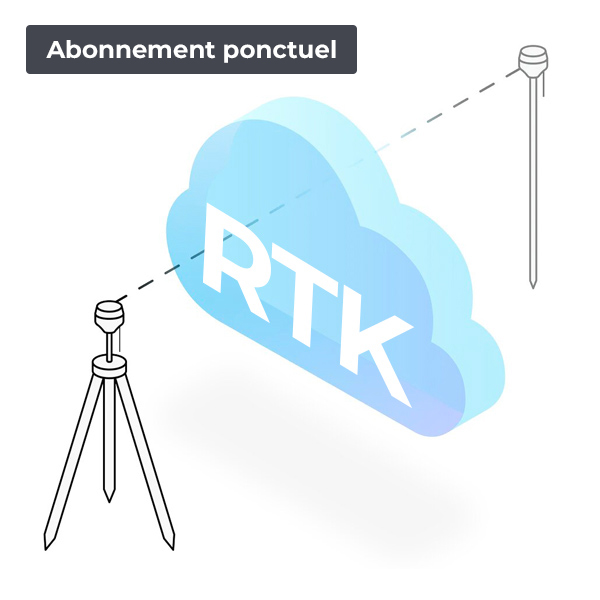 Technical details of our GNSS subscriptions

RTK is a “differential” positioning mode. It allows to precisely locate a receiver, called “rover”, relative to a second, stationary receiver, called “base”. By processing the satellite observations of the base and the mobile, we can calculate the 3D vector between the two, with an accuracy of a few millimetres to a few centimetres.

Do not hesitate to contact our team to get more information about our GNSS subscriptions.

Discover the Reach RS2 and UNI-GR1 in our online shop. 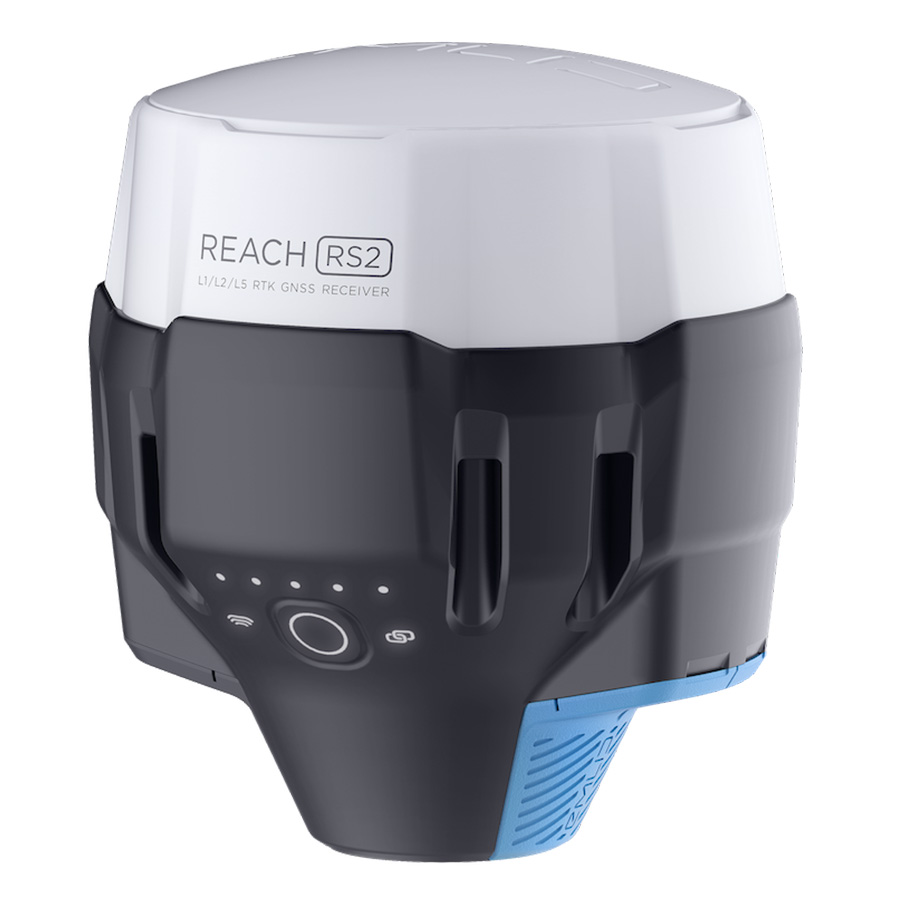 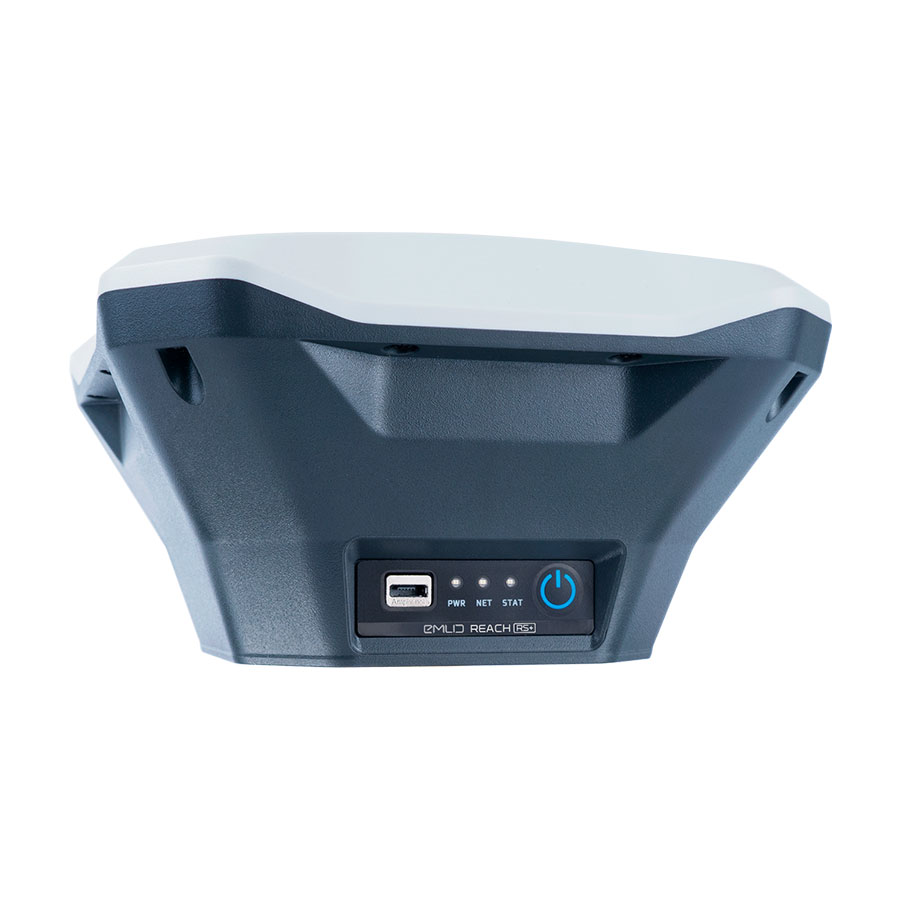 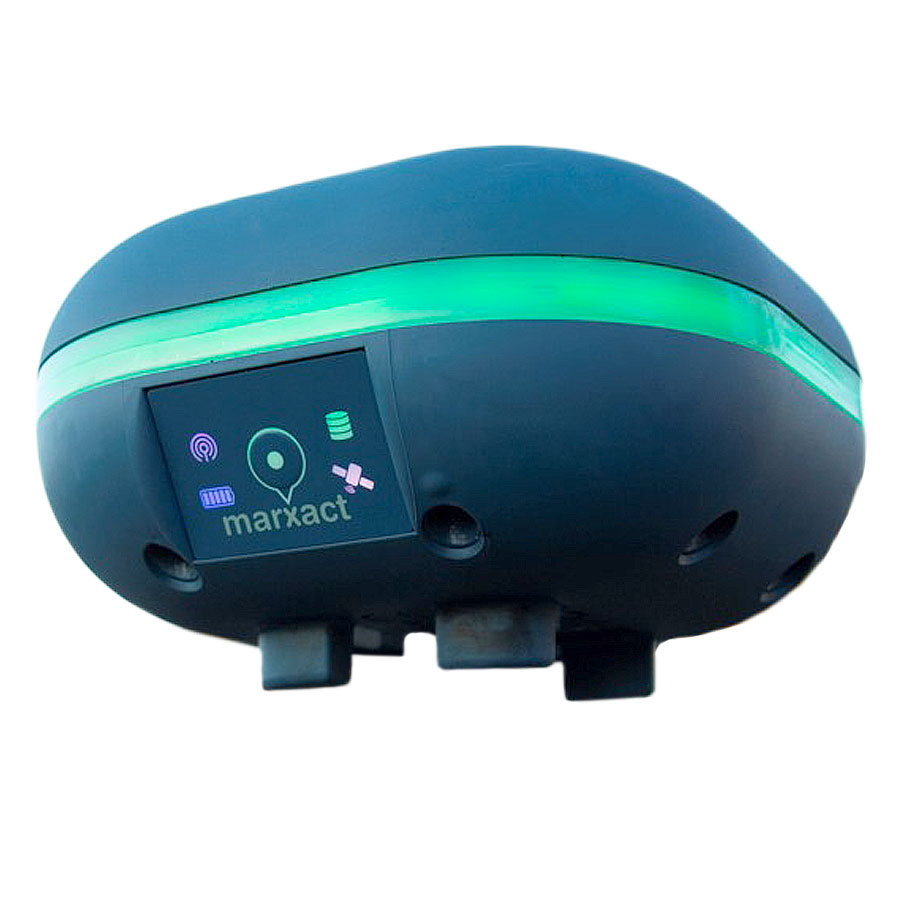 What is The Real Time Kinematic?

When this processing is done live in the field by the mobile phone, we speak of “real time” positioning, or more commonly “RTK”, for Real-Time Kinematic. RTK is nowadays the most widespread means for centimetric GNSS positioning.

In order to enable this real-time positioning, it is necessary to process satellite observations from the base station and those from the mobile at the same time. Traditionally, to achieve this, a telecom link is set up between the two receivers so that the mobile is able to do the processing itself.
The classic method of communication is radio: the base transmits its observations and the mobile receives them, with the presence of a transmitter/receiver at the base and at the mobile. Radio has the advantage of being simple to set up, but has the disadvantage of having a range limited to a few kilometres, of being quickly degraded by the presence of obstacles such as buildings, and of being sensitive to interference.

Instead of radio, a protocol based on Internet communication can be used: NTRIP (pronounced “N – trip”, for Network Transport of RTCM by Internet Protocol). In this case, the base station, which has the role of a so-called “NTRIP Server”, sends its observations to a third party server, whose role is called the “NTRIP Caster”. The mobile phone, in its role as “NTRIP Client”, retrieves the base’s observations from the NTRIP Caster.

This method has the disadvantage of being dependent on a GSM/3G network in the field, but is much more secure than radio because authentication is required to connect to the NTRIP Caster. Moreover, there is no longer any range constraint, except for the one that degrades the accuracy of the calculated base – mobile vector, i.e. a few tens of kilometres.

In order to do RTK, a GNSS base has to be installed, and put it on a very well known point in coordinates. This is what we call the “classic RTK”. The Reach RS2 is one of the only GNSS receivers in the world that can do radio and NTRIP, that can be used both as a base and as a mobile, and that can act as NTRIP Server and NTRIP Client. It has been designed to meet all possible use cases. Emlid has also created a free NTRIP Caster to connect its base and mobile via NTRIP.

It is possible to do RTK without having to manage one’s own base, but using an already deployed network. This is the NRTK, for “Network RTK”. Some countries have a public network, but most of these networks are managed by private companies.

In this case, the observations sent to the mobile are generated from a network of permanent GNSS stations, installed at regular intervals on the territory. Thanks to this mesh, it is possible to model the path lengthening affecting the GNSS signal between the satellite and the ground, or “measurement errors”. In this way, the GNSS network calculation server is able to model the GNSS measurement errors at any location, and can therefore deduce the value of the GNSS observations that would have been picked up by a receiver installed at any location. It is then able to generate so-called “virtual” observations within its mesh. The mobile thus retrieves from the network’s NTRIP Caster the observations of a virtual station located right next to it, thereby guaranteeing a small distance between the base and the mobile. A virtual base station is commonly called “VRS”, for Virtual Reference Station.

0
0
Your cart
Panier vide.Retour à la boutique
By continuing your browsing, you accept our privacy policy. Find out more.